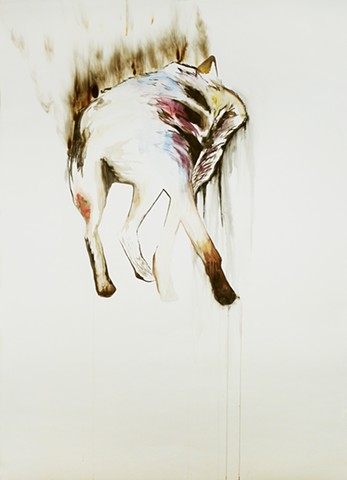 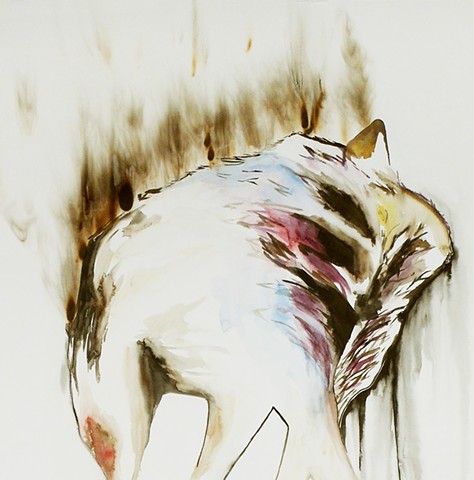 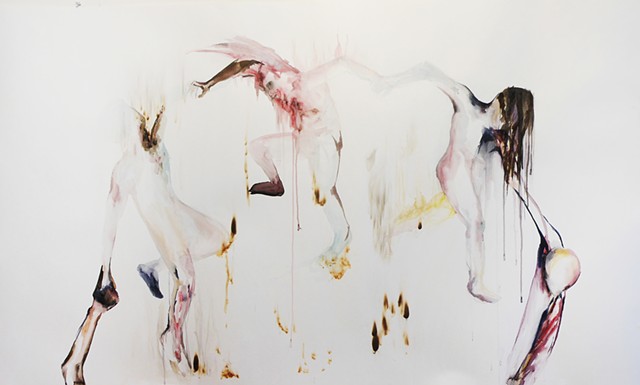 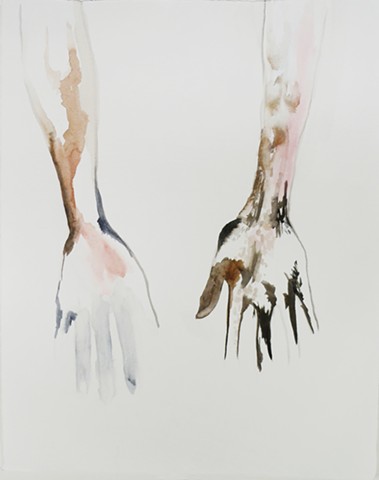 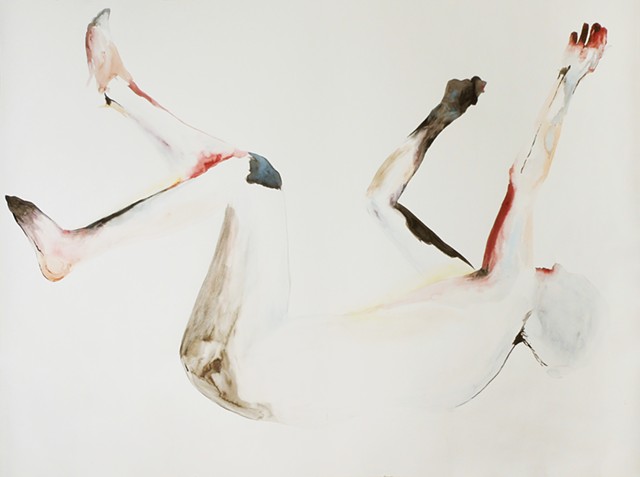 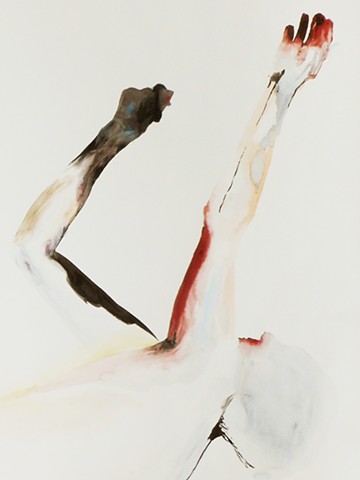 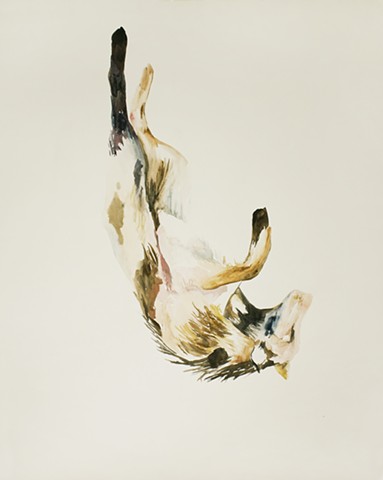 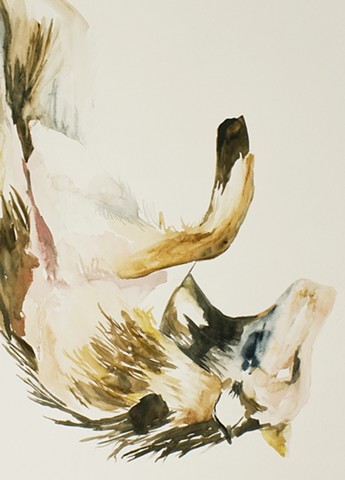 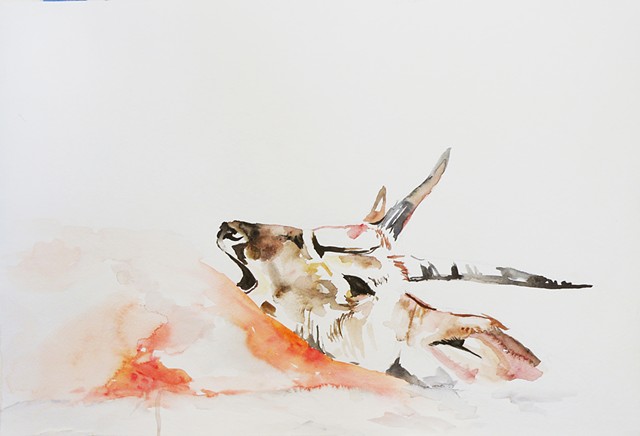 This body of work was made during and shortly after severe cuts in family ties, including the loss of my father. These paintings, representing, falling bodies, injured animals, and seance like figures were a cathartic reflection of how I was feeling at the time. The work explored ideas of magic and mystical strengths that can arise from feelings that often have negative associations, including, anger, mourning, and loneliness. Purples and blacks used in bruises, smoke, and dark crevices, and shadows, represented magic and an unknown strength grown from loss or injury.