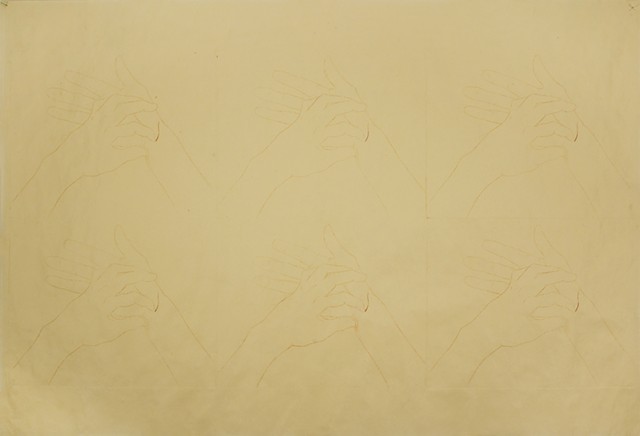 Repeatedly on thin peach colored paper one hand crosses over another and grips it. Slowly it cuts the wrist with its fingernail. The paper slightly buckles, and creases at the edges of the repeated image. The transition from one image to another is attentive and slow. Subtle differences in each image appear up close, but the faint image disappears at a distance. The focused cut appears to be a memory of one cut or a depiction of many repeated cuts. The hands alternate from belonging to two different people to belonging to one or many.